A big part of Toyota's innovation is the development of alternative energy in its products. That is, hydrogen, diesel, electric, fuel cell's, etc. Read below to find out why.

The numbers drive home the stakes:

by 2035, there will be an estimated 1.6 billion cars on the road throughout the world.

If every one of these cars was fuelled by a gas engine, C02 emissions could reach an estimated 8.2 billion metric tons per year.

Yet it’s been estimated that if every one of those cars was powered by hybrid technology, combining an electric motor with a gas engine, those emissions could be cut nearly in half.

Scientists today can agree that reducing gas consumption and relying on alternative fuel technology are critical to reducing greenhouse emissions and stabilizing the climate.

At the core of the latest advances is hybrid technology, which forms the foundation for next-generation cars powered by electricity, hydrogen and biofuels.

The Evolution of Greener Cars: A Timeline 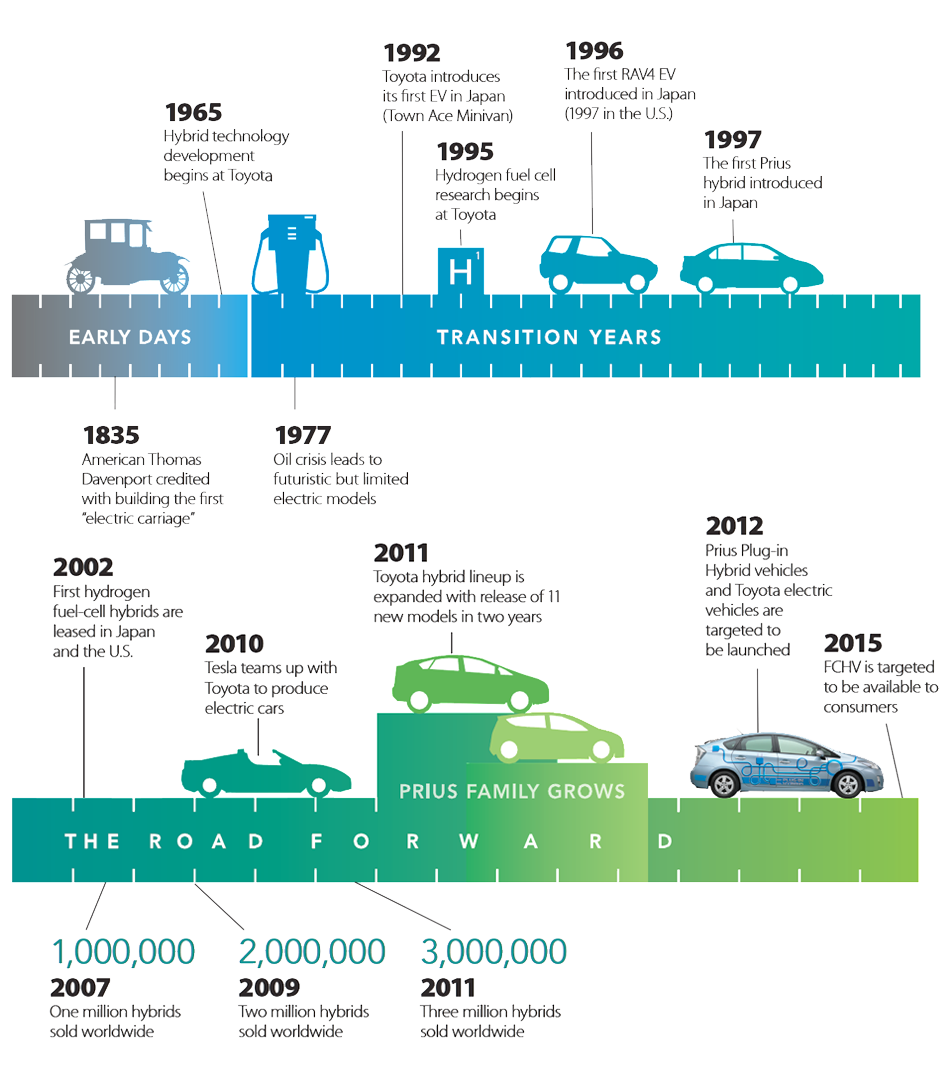